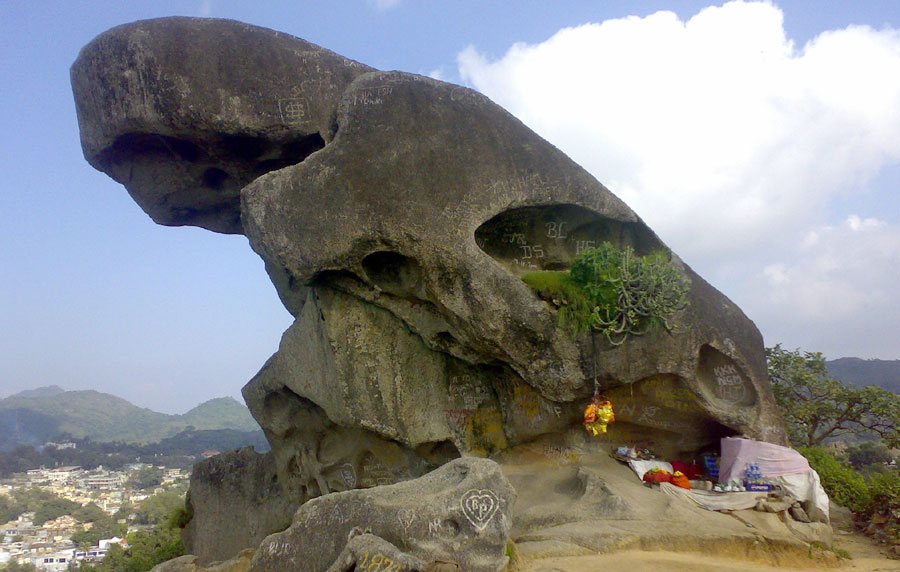 Mount Abu is famed as hill station of Rajasthan amidst by the mountain range named as Arravali and highest peak of Mount Abu which is popular destination among tourist is Guru Shikhar. Ancient name of Mount Abu was “Arbudaanchal”. Mount Abu is pointed in the Sirohi district of western Rajasthan and shares the land boundaries with Gujarat. Entire Mount Abu is fascinates the travellers as it is a complete package which showcases all colours of nature that is one can enjoy everything from mountains to waterfalls, from lakes and rivers to evergreen forests. Summers are hot and mercury reaches the level 36 degrees Celsius on an average but height is an advantage to this place so weather is chilled out during Monsoons and waterfalls looks astonishing. Winters are cool and temperature fall to -2 to -3 degrees Celsius. So favourable conditions to visit Mount Abu is in Monsoon.

What to eat there:

As Mount Abu is located in Rajasthan and on the borders of Gujarat so here food is a blend of both Rajasthani and Gujarati dishes. Street food is very famous and it is quite spicy. Dal bati churma of Rajasthan can be easily available there and some of the famous dining places includes Sher-E Punjab, Mukberry Tree Restaurant, Arbuda Restaurant, Saraswati Dining and Jaipur Palace.